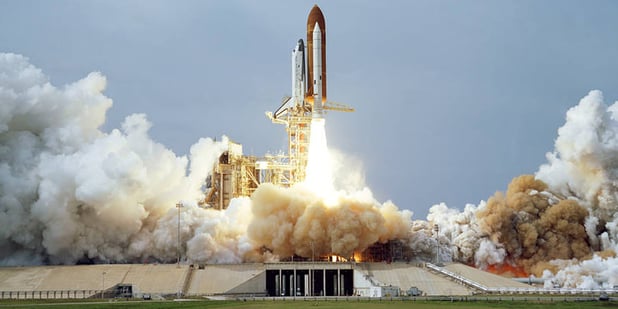 The Metal Bellows Damper uses technology that was developed for NASA and built to meet the rigorous requirements of spaceflight, but has since been adopted to protect structures here on Earth.

After the Apollo 11 moon landing, the so-called “space race” began to die down, however interest in the exploration of space remained high. By the 1980s, NASA decided to shift from the mentality of quick spaceflight programs to a more methodical and long-term plan, which included a new reusable spacecraft known as the space shuttle. The newly created Space Shuttle program would focus on a variety of missions including launching astronauts into space, repairing satellites, and of course, constructing the International Space Station. 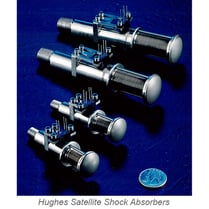 When developing the new space shuttle, the team at NASA was making remarkable feats.  However, one challenge the engineers had was with oil-filled products in space. While a conventional seal may be acceptable here on Earth, it may prove to be unacceptable for use in the vacuum and weightlessness in space. This was because even the smallest bit of leakage would permeate through the environment and/or cause a dense fog in a vacuum and could contaminate electronic systems. 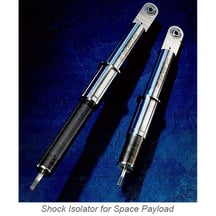 Taylor Devices was responsible for engineering shock absorbers and dampers that could be used in space by developing a unique solution for this problem. Rather than using interference fits of elastomers or standard hydraulic seals, the fluid was enclosed using a bellows manufactured from various metals. Constructed from thin metal washers that are edge-welded together, these metal bellows ensured absolutely zero leakage. Along with solving the main problem of leakage, the design was also ideal for spaceflight because these shock absorbers also produce no friction, are completely fatigue resistant and therefore have an unlimited life. The product was extremely successful, and more than 100 Taylor Devices’ products have been deployed in space on satellites and on the International Space Station using Taylor Devices’ Hermetic Dampers with metal bellows seals. From Space to Structures

After seeing the benefits of these dampers and shock absorbers for space applications, Taylor Devices requested and was granted access by the U.S. Government to allow for the commercialization of this technology. The engineers at Taylor Devices did what they do best and found a way to take a product that was designed and built to the highest possible quality standards and expand upon its original applications. A new Metal Bellows Damper was engineered and has since been used on many projects here on Earth including the Hyatt Park Tower in Chicago, IL and the Millennium Bridge in London, England. The same technology that was originally developed to be used for shock absorbers in space is now protecting structures against earthquakes and high wind events.

The Space Shuttle Program had 135 missions from April 1981 to July 2011 and played an important role in not only understanding and continuing the discovery of space, but also inspired a new generation into the science and technology fields. We are proud to have been a part of those missions and use this same mentality in our work today. By building the highest quality products using standards acceptable at the highest possible levels, we can create a product that will meet and exceed our customer’s expectations. We also continue to focus on research and development, finding new and innovative solutions in the shock and vibration fields.

106. A Study In The Long-Term Performance Of Specialized Low Friction Hermetically Sealed Fluid Viscous Dampers Under Nearly Continuous Operation On A Pedestrian Bridge

Listen to Episode 2 of the Damp It Out! Podcast, where company President, Alan talks more in-depth about Taylor Devices role in the aerospace industry and specific projects that used these dampers. 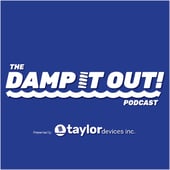